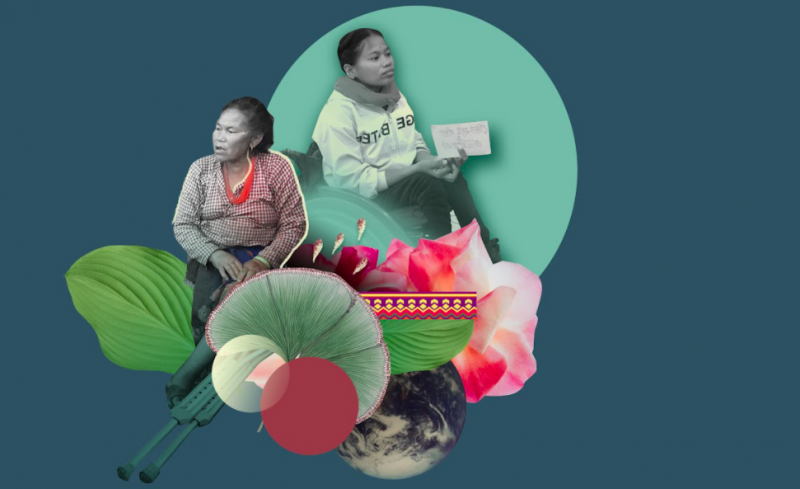 My name is Pratima Gurung and as an Indigenous woman with a disability from a hilly region of western Nepal, I have intimate, first-hand experience of the impacts of climate change in my country. Nepal is ranked the fourth country in the world most vulnerable to climate change, with more than 80% of the population exposed to the risk of natural hazards such as earthquakes, droughts, floods, landslides, extreme temperature, and glacier lake outburst floods. An increase in these climate impacts threatens Nepal’s lives and livelihoods, particularly those of women, Indigenous peoples and people with disabilities.

I am also an activist and the president of the National Indigenous Disabled Women Association Nepal (NIDWAN Nepal), and the General Secretary of the Indigenous Peoples with Disabilities Global Network’s steering committee. A study conducted by NIDWAN titled “Impacts of climate change on Indigenous women with disabilities” shows that women and girls are the most vulnerable to the climate crisis. However, considering their contributions to Nepal’s agriculture and their supporting role as stewards of natural resources like water and firewood, Indigenous women and women with disabilities have crucial knowledge and proposals to contribute in discussions on confronting the climate crisis, but they are excluded from these decision-making spaces.

Our study further highlighted the climate change realities on the ground that Indigenous peoples, women with disabilities, and their families face. The majority of Indigenous peoples in Nepal, including women with disabilities, are farmers and are still dependent on forests for their livelihoods; they have a symbiotic relationship with the forest and natural resources. The sustainable management of forests and biodiversity is integral to their distinct identity and customary practices, and a practice they pass on to their future generations.

Research conducted by NIDWAN and others shows that most Indigenous peoples who are residing on their ancestral lands are being displaced in the name of development due to state-led policies and projects such as hydropower dams, the expansion of roads, and extractive industries. They don’t have access to land, forest, and water resources anymore which directly impacts their lives and livelihood. The state does not support the traditional customary practices and livelihoods of Indigenous peoples, forcing many Indigenous peoples to abandon their traditional way of life.

Moreover, frequent climate change-related droughts and floods are compounding this by damaging local agriculture. In the high mountains, the seeds of some species of potato and buckwheat are no longer available. Water resources have dried up and agricultural lands have become infertile, decreasing the land’s productiveness and directly impacting the lives of Indigenous peoples and peoples with disabilities.

In one case study, a mother of an Indigenous girl with a disability in Kavre, a district close to Kathmandu, faced difficulty in providing her daughter with the nutritious food and sufficient water that is required for her daughter’s health and hygiene needs. The mother has to travel two hours each day to collect and bring water home while feeling fearful that something might happen to her daughter while she is away. The lack of access to water and forest resources also makes it difficult for her to make and sell traditional liquor for income so she can financially support her daughter and family.

All these climate change impacts affect me and my communities directly and indirectly as a woman, as an Indigenous person, and as a woman with a disability. Indigenous women with disabilities, individually and collectively, face accessibility and attitudinal barriers to participate in society and decision-making. Because we hold minority gender, ability and ethnic identities, we face multiple forms of discrimination due to cultural norms, historical oppression, laws and religion. As a result, we are overrepresented among those living in absolute poverty and our access to resources and ability to exercise our rights in a meaningful way is limited.

Although Indigenous peoples protect 80% of the Earth’s biodiversity — while also being the most vulnerable to climate change impacts — we are not sufficiently represented in climate change discussions, including on issues related to loss and damage, and adaptation and mitigation. The role of women, Indigenous women, and Indigenous women with disabilities as actors and agents of change is crucial. We are not just victims but we are key to solutions, which needs to be realized in climate policies and plans with concrete implementation. Stakeholders such as states, UN agencies, development partners, and CSOs working on climate justice must listen to the voices of social groups with multiple identities like Indigenous women and Indigenous women with disabilities, who know how to fight and stand up for their rights. These stakeholders should encourage ambitious women who will not lose sight of what is important.

I strongly urge for more support to women, Indigenous women and especially Indigenous women with disabilities who are situated low in the social hierarchy at the community level. It is time to respect, promote and realize the knowledge, traditions, and contributions of Indigenous women to preserving our earth and keep them in the center of climate discussions.

It is time to rethink the siloed way in which we work and instead collaborate across movements — whether it’s the fight for gender, disability, ethnic and other rights — acknowledging each and every individual’s layered and overlapping identities. It is the moment to build allies and engage from a local to global level, and provide long-term funding that takes into account the proposals and lived experiences of social groups such as Indigenous women with disabilities. We must act to address historical discrimination through structural change by integrating an intersectional approach that takes gender, culture, and disability into account, and shifts the power so that climate justice discourse is more inclusive for all. If collectively, we can take these urgent and necessary actions in confronting the climate crisis, we can ensure that no one is left behind.

Ms. Pratima Gurung is a leading academic activist from Nepal. Pratima has been instrumental in raising the voices of voiceless women, Indigenous peoples, and people with disabilities, and brings an intersectional lens in her work to bridge multiple marginalized identities in Nepal, Asia and globally. Ms. Gurung is a faculty member at Padmakanya College, Tribhuvan University. She is engaged in research and links her academic research to advocacy. She also contributes as an expert of the Disability National Direction Committee, formed by the Ministry of Women, Children and Senior Citizens in the Nepal Government. Pratima Gurung is a founding member and currently General Secretary of Indigenous Person with Disabilities Global Network  (IPWDGN) and National Indigenous Disabled Women Association Nepal (NIDWAN), which is also a GAGGA partner. She has set an example in Nepal and Asia on how to initiate: cross-movement collaboration; an intersectional approach among women, Indigenous peoples, people with disabilities and other marginalized movements; and a discourse on inclusive education, environmental justice and others.

Above design is by Naandeyeah and photos are courtesy of NIDWAN Nepal. 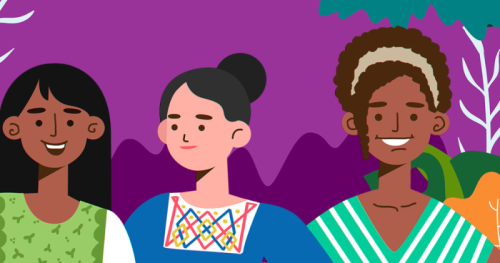 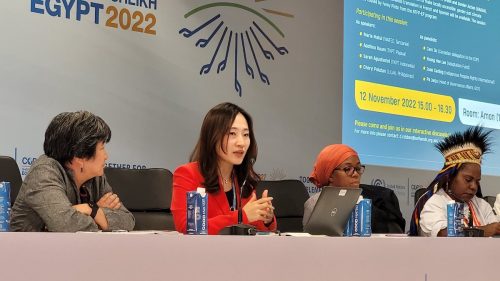