Sendou: where environmental justice and women’s rights come together 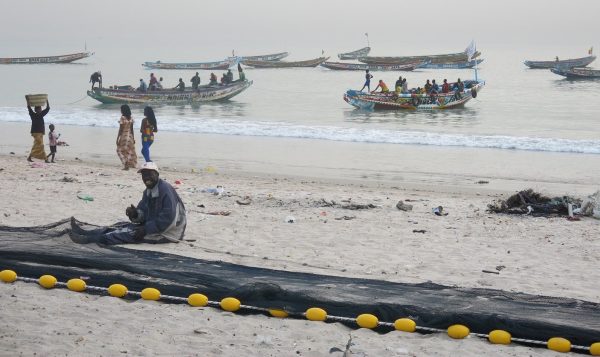 A coal-fired power plant that threatens to endanger the survival of communities and specially fisherwomen in Bargny, Senegal, managed to unite two organizations in the fight for the environment and women’s rights.

A coal-fired power plant that has been built in the small village of Sendou, in the city of Bargny, Senegal, is threatening the lives of communities in the surroundings of the project. For several years various Senegalese organizations, like Lumière Synergie pour le Développement (LSD),  have been working to stop this project and demonstrate how it could affect the lives of the communities, specially fisherwomen who live nearby. As part of this work, LSD is now collaborating with the WoMin Alliance, a Pan-African women’s rights and extractives alliance, doing research on the gender policy of the main institute funding the project: the African Development  Bank.

Bargny is located on the coast, just 15km from Dakar, the Senegalese capital. The inhabitants survive mainly because of fishing, and it is the women who do all the work of processing and selling of the fish, and who are also in charge of the agricultural activities. This is a city that is very vulnerable to climate change. Coastal erosion has already destroyed some areas and people are struggling to survive.

Now, the Sendou coal-fired power plant, located on a piece of land that used to be where women did their work, is threatening to destroy their work and living space, their health and the environment.

Lumiére Synergie Development (LSD) is a research and advocacy organization, monitoring the African Development Bank to ensure more transparency and accountability at the policy and projects levels.

According to Aly Sagne, President of LSD, the Sendou coal-fired power plant was built without informing or consulting the community, and without giving them adequate compensation.

“Through the national environment law, this kind of project should respect a 500 meter buffer zone from inhabitants. The place where the women used to produce the fish, is now taken over by the plant. This too needs to be compensated, which has not happened yet. In addition, when the plant starts to operate, women and their children are likely to face health problems because of air pollution”, explains Sagne.

THE AfDB GENDER POLICY FAILED TO PROTECT THE WOMEN 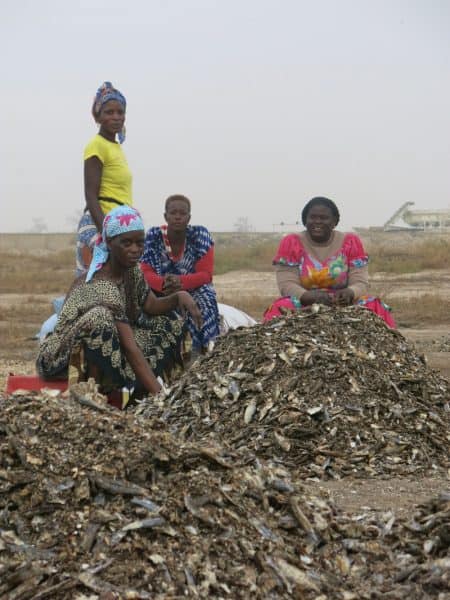 Even though the AfDB has several policies on social environment, as well as a gender policy since 2001, an old one in Sagne’s opinion, it was evident that they failed to protect the fisherwomen in the communitie in this case.

LSD realized that there weren’t any NGOs working on gender issues, and LSD have limited staff and limited capacity on women’s rights and gender, “I thought that a women led organization would be more relevant to lead the campaign against the AfDB” says Sagne.

In 2016, during a meeting with other GAGGA members, LSD made a call to women’s groups to consider joining them in this campaign. Fortunately WoMin stepped up and they entered into a 2 years partnership together.

WoMin is a Pan-African regional alliance. They work with communities, organisations and movements mobilising against extractivism in its various forms (mining, mega infrastructure projects, etc.) to put forward a feminist analysis of the violence of this exploitative development model. They support women and communities in their organising against these issues and promote just development alternatives.

When WoMin started working with the women in Bargny, they realized that thanks to LSD’s work, they were already organized but were in need of support to voice their problems. “Our collaboration is to amplify the message of these women, to take them to another level, to draw the attention of not just the region, not just the country, but also the international community so a good decision can be taken” says Georgine Kegne, WoMin’s Senior Projects Coordinator.

Together, LSD and WoMin researched the gender policy of the AfDB, basically looking at the bank’s gender strategy, and assessing if the policy was respected when granting the funding to start the coal-fired power plant of Sendou. The research was funded by the Foundation for a Just Society.

“The policy is quite broad and doesn’t have any specific commitment on women and/or vulnerable communities’ rights. It doesn’t have requirements to consult or inform women groups in case a project would have adverse effects on their lives and no guidance for the bank’s clients or borrowers on how to mainstream gender into their projects. The policy doesn’t address staffing issues at the bank which lack gender experts, especially at country offices”, Aly Sagne adds.

“WoMin basically wants women to have control of their research; that is why the participatory action research was introduced” explains Georgine Kegne. Through focus groups, interviews and the participation of women, they created a space were women can decide together on what is the message that they want to bring to the AfDB and to the government, how to articulate their demands and expressing them so others can understand. “The participatory action research is very important because it’s capacitating women by giving them tools, giving them power”, says Kegne.

“Since we started this partnership with WoMin, we see the value on fisherwomen groups who got more capacity to understand their rights and why and how to fight for them”, mentions Sagne.

The research is out and they still need to organize an official launch, but they hope to use it as an important advocacy tool. The aim is to demonstrate how the AfDB policies failed to protect women’s groups from the project’s impacts. 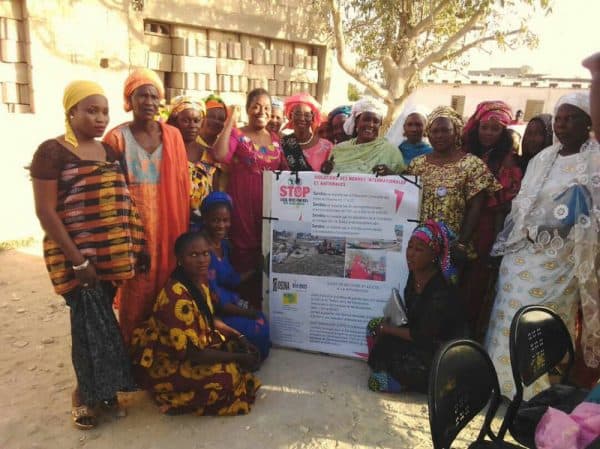 WOMEN’S VOICES HAVE TO BE HEARD

“When we are talking about advocacy, it is not about shouting, it is mainly about having a part on the decision making. If we can meet the bank and the corporations, those who are behind the project, if we can meet them and discuss with them, not us directly, but the women in the community because they are well organized and they are also well knowledgeable of their situation”, explains Kegne, “now we are hoping women’s voices can be heard”.

“The main takeaway is that our partnership created a noise at the Bank who is ready to engage on policy review next year. Together we can influence the gender policy”, Sagne says.