A conversation with WEDO 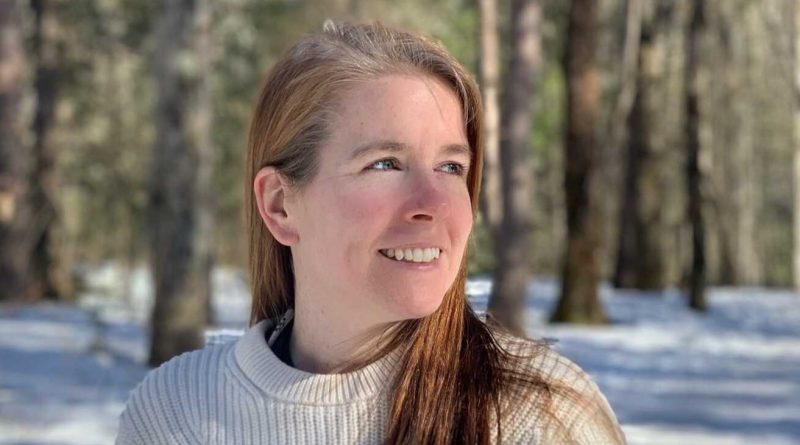 The Women’s Environment and Development Organization, or WEDO, joins the GAGGA network as a strategic ally and a global advocacy organization that has focused on women’s rights and environmental justice for over 30 years. WEDO’s director, Bridget Burns, spoke to us about the strengths that their organization brings to the network and how they’re excited to work more collaboratively with GAGGA partners.

What would you like the GAGGA network to know about your work and what your goals are?

WEDO was founded on the recognition of the need for systems change and for women leaders and feminists to lead that change. When we looked at global policy spaces on sustainable development, peace, trade, finance — there wasn’t much diversity in the room. The views of people at the grassroots level weren’t being reflected in policy documents. From our founding in the 1990s at the Earth Summit, our objective was to bring grassroots women activists together to form a collective for action, to change who had voice and access to that space. We continue to do that work even as the policy spaces have shifted, and remain deeply engaged in issues of global change, such as the climate change negotiations and around the Sustainable Development Goals.

Who are your key advocacy targets?

To influence global policy, we focus on shifting the mindsets of countries and states; to change the way decision makers at all levels of government prioritize and resource solutions. But in that work, there’s also a lot of work that we do to influence the movements that we’re part of because we’ve often found ourselves as the women’s rights organization in the environmental movement, and as the environmental organization in the women’s movement. We know movements are diverse and intersectional. We do try to do a lot of advocacy within movements as well as within the links between racial, gender, social, and economic justice as they link with environmental and climate justice. For example, in the Generation Equality Forum, a lot of that work uplifts why climate justice has to be central in the agenda for gender equality in the next five years.

What do you see as WEDO’s strengths? What does WEDO hope to bring to the GAGGA network?

One of our strengths as an organization is that our advocacy is deliberately feminist and systemic. We bring a very strong analysis of systems change into all work at all levels. We are deeply committed to working collectively; to be feminist is to work collectively, that choice is a political act. When we build our collective agendas, when we decide what our key demands for COP or a negotiation are going to be, we always try to make sure there’s a collective process for figuring out what those demands are.

Because we’ve been doing that for so long, we’ve created a strong network and ecosystem of actors from grassroots partners to governments. Understanding that ecosystem and always focused on trying to build collective influence — we see that as one of our biggest strengths. What we hope to do and bring to GAGGA is be a supportive ecosystem builder, helping with that collective tissue between the amazing grassroots activists that are engaged and receiving support through GAGGA to find ways to build power across countries and in global policy spaces if they assess that’s somewhere they’d like to be.

How do you see your role and what do you find exciting regarding your role as a strategic ally?

What is really exciting is that the synergies are becoming even stronger than they were before in terms of how we do this work in a coordinated way to build power. It’s an incredible network. I think the addition of 350.org and WEDO and other groups that are part of it as well, is all part of a building out of even more leverage points for power brokering essentially. Working together, we can make sure that GAGGA itself has powerful leverage points in different movement spaces, in global advocacy and policy spaces but also in on the ground movements and divestment campaigns. The thing I’m most excited about is how we are being more and more in collective.  Being a strategic ally will help to ensure that our work is in deep synergy with the broader work of GAGGA.

What is one key success you are proud of, and a key (joint) activity you look forward to?

If I could synthesize key goals at WEDO — our three strategic goals are moving power, moving money, and moving minds. We want to see a real shift in moving private and public capital away from harm and into care, away from investments in fossil fuel infrastructure and the military industrial complex, into what we would call gender-just climate compatible finance. That’s not easy and it requires a huge systems analysis of all the ways the flows of funding are going in the wrong direction. So we try to prioritize the mapping of where we can have the most influence in shifting the flows of finance in all the work that we do.

For us, GAGGA provides an alternative model of both delivering finance so that it actually has the potential to reach those at the frontlines who most need that finance, but it’s also a new entry point for influencing donors, governments as well as philanthropic donors. Change the way that donors and governments finance so they’re investing more in this intersection as opposed to a siloed approach to climate or gender, which is what we’ve experienced for many years.

One success so far has been how we’ve been able to engage in activities to create donor communities, such as a recent webinar series with governments and philanthropic organizations. We provided input to that space based on our specific expertise in some of the global finance mechanisms. Working with GAGGA, we’re really excited about the potential of creating a really strong advocacy agenda that will be able to influence a whole range of actors [governments, donors] to shift financial flows in a way that will make a real impact for women and girls and feminists in all their diversity.

At the Generation Equality Forum, WEDO shared six commitments to Feminist Action for Climate Justice, including the Feminist Agenda for People and Planet.

Above featured image is courtesy of Bridget Burns.