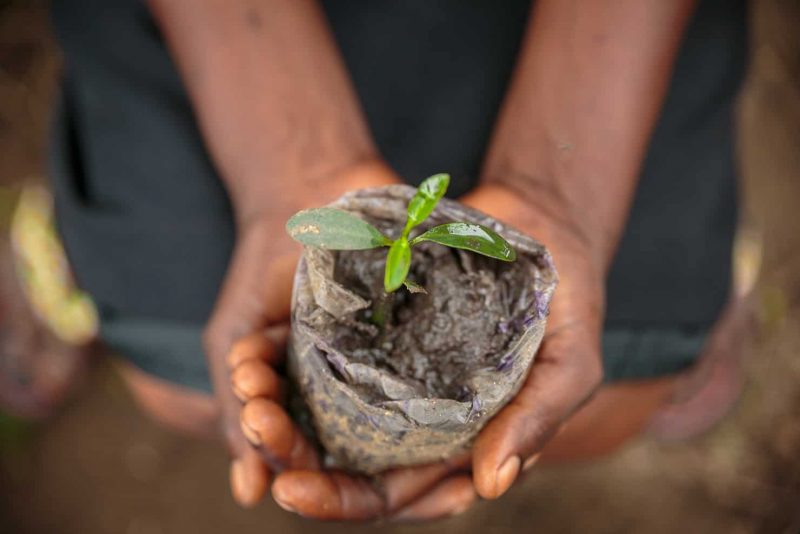 “Our grandparents told them to provide good roads, (electrical) power and hospitals. But they didn’t meet any of these expectations. Here there is no power.  Development… we don’t even know what development really is because we can’t feel it.”

Throughout the three continents of Africa, Asia,and Latin America, there is no dearth of stories where communities have been forced to leave their lands to make way for government-sanctioned and corporate-driven natural resource extraction. You would not need to look far to find communities in areas where such projects are taking place in the name of development and progress. Communities that are forced to live under increasingly insecure conditions; in which their main source of life and livelihoods, access to communal lands, water, and forests, as well as their safety and security, are threatened by extractive industries and mega-infrastructure projects.

Women carry the heaviest burden of extractivism and the social and environmental devastation that is a product of it. The actions and omissions of states and corporations that destroy the environment, affects and restricts the exercise of their rights and threatens their lives.

“I thought about my community and how it was before, how we lived on the shores of the lake, fishing and living off that. I felt a lot of sadness, remembering those indigenous groups and communities that have disappeared because now we do not have water or lakes; they have dried up due to the mining. And I felt the water that the mining companies have polluted, and how this contaminated water is in my body, and I felt sad because we cannot do anything about it. I felt helpless and anger to fight the extractivist government that endangers us.”

Despite these realities, women are raising their voice against the negative and destructive impacts of mining on their lives and their environment. However, this space for dissent and self-representation has become increasingly wrought with risks and threats from the corporate, state and military powers that are driving the policies and decisions on resource exploitation. Today, in every continent, women environmental defenders are being harassed, threatened, criminalized and murdered, because of their discourse and activism to protect common goods are a threat to big corporations.

Women environmental defenders are criminalized for “opposing to progress”, and in some countries, they are accused of terrorism by laws that intend to limit their social mobilization. The number of assassinated women human rights defenders is constantly increasing in contexts of violence and impunity, especially when their struggle is focused on environmental conflicts. Governments from different countries do not have official data about the violence that women environmental defenders suffer; the majority of these cases remain in impunity and silence [“Impunity for Violence: Against Women Defenders of Territory, Common Goods, and Nature in Latin America“, 2018, Urgent Action Fund Latin America and the Caribbean].

Furthermore, the language and terminology around women’s rights and the gendered impacts from mining projects are also becoming part of the discourse of those actors that are promoting extractives industries, including international financial institutions. These actors are promoting and influencing policies, safeguards and practices with the seeming intent of respecting gender equality and environmental health, however, in their everyday practice they are far from doing that.

Women are becoming increasingly aware of the frivolities of these actors and their policies, as well as a flawed extractivist industry. Multinational mining megaprojects lead to conflict and violence, plundering the earth, the people and state polity. Even so, they are backed by states through legislation, military protection, and judicial power. Having witnessed the failure of states in upholding constitutional safeguards and international human rights principles for pushing forward an extractivists agenda and economy, women across continents are coming together to build collective platforms for representation and global solidarity to resist mining and promote an alternative sustainable model.

Given the different types of violence and rights restrictions that women live on a daily basis in their territories, women are getting together and organizing themselves. They are strengthening their knowledge and capacities on women’s and territorial rights, the transformation of different forms of violence, major feminist approaches, the use of communication and digital tools, as well as the legal mechanisms to demand their rights. This is facilitating a space for all women to participate, own the analysis of their contexts, and encourage the use of their voices and skills to respond to these challenges individually and collectively.

“Building our capacities helps us defend ourselves and resist. Knowing the topics allows us to respond in the most adequate way. Create collective responses. To be social and political actors, not victims”.

[Woman participant in “Workshop/Meeting: Self-care and collective care; a political stand for the protection and security of women human rights defenders and activists in Latin America” Perú, September 2016.]

As colonialist and racists logics continue to persist in our society, women are working towards strengthening their cultures and communitarian linkages; honoring and recognizing their traditions, the knowledge of grandmothers, ancestry, and spirituality as vital elements for their inner strength and collective protection. Furthermore, women, particularly indigenous, Afro-descendant and peasant women, are bringing forward their varied perspectives on the current global economy and presenting community-based proposals to counter the imposed extractivist development models; planting their own foods, securing water sources and taking care of their territories for a better life. Women, before a decaying cultural and economic system, have decided to be fearless, speak up, find collective strength, take care of each other, and with their hands weave a future of thoughtfulness and solidarity.

In this path for articulating and strengthening women environmental defenders voices and their demands, the efforts of Women and Mining Network in Asia (WAMA), WoMin from Africa, Urgent Action Fund – Latin America and the Caribbean, and Colectivo CASA from Bolivia, are joining together, in the framework of the Global Alliance for Green and Gender Action (GAGGA), to demonstrate the power of women and recognize them as authors for the fight to dismantle detrimental economic and political models that distort human sustainability and environmental well-being.