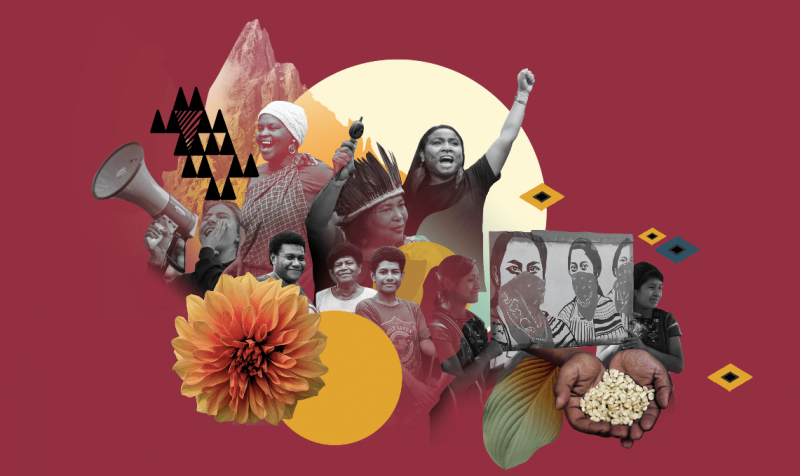 “Climate justice means… tackling the root causes of the climate crisis – including unsustainable production, consumption, and trade – while making progress towards equity and the protection and realization of human rights,” said Menka Goundan of Women’s Fund Fiji, one of the participants at our Dialogue on Feminist Climate Action.

In September 2021, the Equality Fund convened over 30 representatives from Global South women’s rights organizations and feminist movements, including those led by and working for Indigenous women, LBTQ women, women with disabilities, and youth; and working on issues such as agriculture and food security, reproductive health and rights, and violence. This diverse participation is a testament to the interconnected nature of gender equality and climate action – and the need for a multi-sector response to the climate crisis.

As with the Global Alliance for Green and Gender Action’s (GAGGA) blog series Putting justice in the heart of climate action, this dialogue aimed to amplify the voices of women’s rights organizations and movements to ensure they are at the forefront and considered by decision-makers before, during, and after the 26th UN Framework Convention on Climate Change (UNFCCC) Conference of the Parties (COP). Global South feminist activists must be included in spaces like COP because women, girls, trans, intersex and non-binary people are disproportionately impacted by climate impacts and are developing and implementing necessary responses to the climate crisis.

In general feminist and women-led movements see the climate crisis and solutions differently than the dominant view expressed by many governments and multilaterals at COP. Formal COP negotiations tend to treat the climate change response as a technical issue, i.e. “Let’s measure carbon and see how much we can limit it.” People have been somewhat left out of the picture, both in terms of who is responsible for producing the most greenhouse gases, and who suffers the consequences.

Angélica Schenerock with Agua y Vida finds that the dominant narrative of climate change “Fails to see its relationship with extractive companies and the inequalities between the Global North and the Global South.” She said, “[Committing to change] means betting on policies that prioritize the local and the small. Policies that are not extractive and do not perpetuate the colonial model over 500 years old. I ask that [decision-makers] abandon their false solutions, which have resulted in corruption and profit from the suffering of the people who live the effects of climate change on their skin. I call for a real change in the patriarchal perspective of the economy and for a feminist economy, based on the care of all forms of life, human and non-human.”

Dialogue participants resoundingly brought people into the climate crisis picture, and highlighted how individuals and groups experience climate impacts differently depending on their overlapping identity factors like gender, race, and Indigenous status. Pratima Gurung from NIDWAN Nepal, an organization that is led by and works for Indigenous women with disabilities, flagged both in the dialogue and in her blog that the intensity of the climate crisis is higher for those with multiple and intersecting identities.

From these perspectives, a number of key recommendations for governments, the private sector and NGOs emerged. Unsurprisingly they align with many of the insights of the posts in this GAGGA blog series.

Dialogue participants called for transformational change to the extractive, exploitative systems that caused the climate crisis in the first place. Beyond mitigation and adaptation efforts, this transformational change requires: support for sustainable, community-led production, consumption and development; respect for Indigenous knowledge and solutions and Indigenous sovereignty over natural resources; and treatment of the care economy[1] as a climate action intervention. Excellent examples of this are Analog Forestry, as blog contributor Luz Marina Valle eloquently explained, and the programs supported by Women’s Fund Fiji.

Finally, in reaction to a COP26 goal to accelerate action on collaboration among governments, businesses, and civil society, participants questioned whether the preconditions for such partnerships exist. Government and private sector actors perpetrate marginalization, discrimination, and violence against women and Indigenous human rights, environmental, and land defenders. Blog contributors Sofía Gutiérrez from Fridays for Future, Márcia Mura from the Mura Indigenous collective, and Angélica Schenerock poignantly illustrated this within the Colombia, Brazil and Mexico contexts. Before partnerships are possible, dialogue participants asserted that foundations must be laid, including: supporting, recognizing, and promoting women and Indigenous people’s leadership; respecting Indigenous peoples’ rights over ancestral lands and resources; and protecting women and Indigenous human rights, environmental, and land defenders. 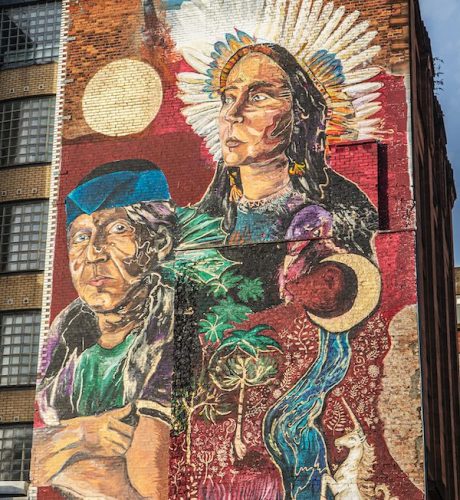 These urgent messages were shared with COP26 decision-makers before and during COP, including videos like this one, played at Gender Day. Especially this year, given the ongoing COVID-19 pandemic, Global South women faced extra barriers to COP participation. Another powerful, visual message came from Fearless Collective, a South-Asia based public art organization led by women and Equality Fund grantee partner. During COP26, together with Indigenous leaders, they co-created an extraordinary mural on a Glasgow building representing the “power and sovereignty of indigenous leaders at COP26. Leaders of nations who have historically been unrecognized in spaces like this, stand tall and strong in the mural which is an affirmation of their existence and their wisdom.”

Alongside these efforts, the Equality Fund joined the Women and Gender Constituency in highlighting the many missing voices of COP26, both the activists who have been excluded from the negotiations due to ongoing injustices, as well as the women’s human rights and environmental defenders facing violence and persecution.

COP26 had the potential to be a critical milestone in the fight against climate change, but it failed to center the needs and solutions of individuals and communities directly impacted by the climate crisis. As the climate crisis grows in urgency and status quo solutions do not go far enough, it is crucial to bring the voices of women’s rights organizations and feminist movements to the forefront of climate discussions.

Radical change for climate justice demands urgent action by those working within and outside COP, at the local, national, and international levels. As the authors of this blog series and dialogue participants have shown us, women’s and feminist organizations are key climate justice actors in their own right. They understand that a rights-based, people-centered approach protects human rights and resources the adaptation and resilience of those most vulnerable to climate change. Effective climate action requires resourcing their efforts and listening to their recommendations, at future climate decision-making spaces and toward a brighter, cooler future.

[1]According to the Feminist Green New Deal’s brief, Care & Climate: Understanding the Policy Intersections, the care economy is a  “green economy” because: it is necessary for sustaining the entire economy and society; care jobs contribute less to climate change than many other sectors of the economy; and careers in care are important options for the workforce transitioning to the green economy.