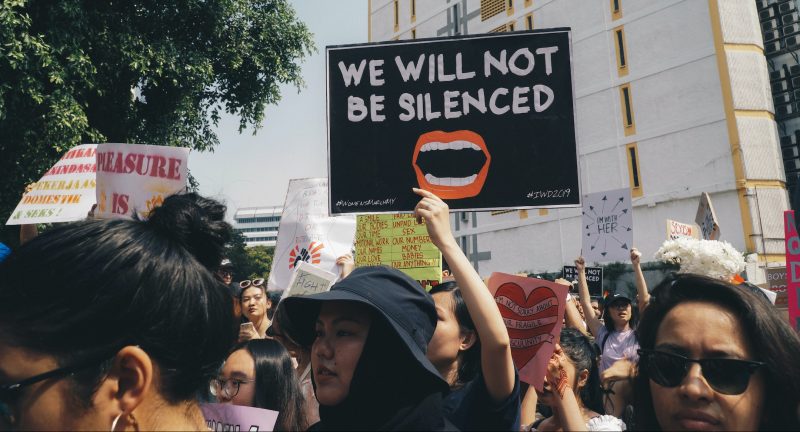 Globally, women and girl environmental defenders (WGEDs) play a significant role in combating environmental injustice and the climate crisis; their work is crucial to defending land, territories, bodies of water, and critical ecosystems. However, they do so at great risk to their lives and well-being, and that of their communities. According to a recent report by Global Witness, an average of more than four environmental defenders a week were killed in 2020, making it the most dangerous year on record for defenders.

To understand the risks WGEDs face, the Global Alliance for Green and Gender Action (GAGGA) conducted a study in mid-2021 to find out how WGED collectives, organizations and groups worldwide define structural violence; what kinds of structural violence they are facing in their contexts; and what their strategies are to prevent and respond to it. The study, supported by the Ford Foundation, mapped 182 groups led by WGEDs, including 44 in Asia, 40 in Africa, 5 in Georgia and 93 in Latin America, and conducted a survey and interviews with regional and local WGEDs in GAGGA’s network.

Due to the nature of the WGEDs’ work and activism, this report deliberately does not contain identifying information about individuals or locations beyond regions. To protect the groups who participated in this study, GAGGA used secure online platforms and data management methods, and instead of sharing the full findings, we will publish a shortened version of the report later this year to help environmental justice and women’s funds, as well as other donors, better direct financial and technical resources where they are most needed. In the meantime, you can check out this resource guide and some key findings below.

Structural violence as defined and experienced by WGEDs

WGEDs defined structural violence broadly, as a layered phenomenon where experiences of violence in the present are built upon historical practices of oppression, exclusion, and expropriation. These practices include economic injustice, the silencing and exclusion of women (including those in the LGBTQI+ community) from access to land and decision-making processes, colonial and pre-colonial structures of power and patriarchy, state-sponsored violence, and corporate abuses of power.

“From our Indigenous contexts, we are confronted daily with multiple forms of violence, understood as the historical and structural effects of patriarchal, colonial, racist, capitalist, neoliberal and pandemic forms that exert power, oppression and control over the bodies of girls, women, [non-binary] bodies and over the earth.” – Local Latin American organization

“The violence we are facing stems from the government’s treatment of our ancestral lands as a resource base for exploitation at the expense of our welfare as a people. A number of legislations, even policies and programs at the national level, negatively impact on our fundamental rights and collective rights as Indigenous peoples.” – Local Asian organization

“Colonization and oil companies gave power to men in the community only, and therefore it marginalized women. Also, this process took away land from women, and restricted it to the male chiefs, many backed up by corporations.” – Local African organization

WGEDs’ experiences of violence ranged from physical to psychological forms of harm and threats, including but not limited to attacks, kidnapping, murder, intimidation, digital and physical harassment, the expropriation or destruction of the commons, domestic violence, sexual violence, false legal charges, defamation, and criminalization. State-sponsored violence and state-backed corporate extractivism emerged as the biggest threats to local defenders, their lands and territories. Indigenous groups were more likely to be subjected to violence and LBTQI+ defenders are more isolated and severely threatened based on their gender and sexual non-conforming identities.

The COVID-19 pandemic both contributed to new forms of structural violence against women and exacerbated existing forms of violence, including gender-based violence. Governmental COVID-19 measures posed new legal, physical, financial, surveillance, and operational challenges to defenders and their immediate community. This response excluded women from decision-making and advocacy processes as well as public spaces, leading to increased opportunities for private corporations to continue environmentally destructive activities without opposition and with impunity.

“During the [COVID-19] lockdown, we documented around 70 cases of violence against women and girls environmental defenders, such as life and physical threats. An escalation of digital attacks happened during the lockdown…These accounts are linked up to state security forces and maintained by the state.” — Local Asian organization

Indigenous groups are engaged in highly innovative actions to respond to this violence. In particular, territorial and community alliances, and practices of care and healing were two strategies that emerged as meaningful and impactful in fighting back against corporate-led and state-supported dispossession and extractivism. These groups also specifically focused on anti-capitalist responses and community-building actions, such as solidarity economies.

Other responses included alliance and movement building, lobbying for legal changes, advocacy and capacity building, and the dissemination of information and awareness raising. Two powerful methods were achieving political representation for women in the community in order to participate equally in decision-making processes, and fighting for communal ownership of resources.

“Community embodied accompaniment (acuerpamientos) is a tool that we use to support our colleagues and the community. Through physical presence, with ceremonial elements and the performance of rituals… It brings together all the energy of the community to sustain the pain — physical, emotional, territorial, symbolic, economic.” – Local Latin American organization

“There is a lot of fragmentation, people are working in silos, so it becomes easy for you to be targeted and silenced. So one strategy we are working on with partners is — how do we strengthen the environmental justice movement in Africa? So that we have women human rights defenders working on environmental justice actually coming together because together the voice becomes stronger.” —Regional African organization

“We do a lot of work in the defense of common goods. For example, food and water are not yet human rights in the country. We advocate with decision-makers, so that policies in favor of these rights are proposed.” — Local Latin American organization

WGEDs do not have adequate support to do their work or to protect themselves and their communities. Although they manage to achieve significant goals despite meagre resources, this also comes with mental, economic, social and physical costs. Resistance is a last resort for many groups from all regions, particularly in the aftermath of the failure of the state to care for their communities. In this sense, support to alleviate the brunt of defenders’ resistance is key to their mental, physical and community well-being.

A large majority of the groups stated that they needed financial (81 percent) and capacity building support (67 percent) on topics such as advocacy and digital security. Other major support needs included support with goods and equipment including transport, advocacy, communications, and digital and physical security. WGEDs also mentioned legal support, support for psychosocial needs, and care support.

“Collective care and well being is also important, it’s political, we need to support them to just take time to breathe… If you’re going against a coal plant, it’s going to be difficult for you to sustain that activism for a whole year.” – Regional African organization

Based on this report’s findings, here are some recommendations on how funds and donors can best support WGEDs:

Decreasing bureaucratic procedures, requirements and reporting would be beneficial to many groups who are unable to comply with donor requirements due to a lack of resources and legal and banking constraints. Bureaucracy, especially in the context of the pandemic, was overwhelming for these groups, and seen as a hindrance to expanding capacity, successfully impacting change at a local level, and  fulfilling the needs of their community.

WGEDs expressed needs for stable, flexible and long-term funding beyond urgent funds that would allow them to effectively and safely attack the roots of the problems they are facing, including lobbying against state-sponsored violence, creating accountability through advocacy, and the sustained movement and alliance building necessary to combat environmental threats.

WGEDs highlighted the need for donors to support more community-based actors and to support them directly rather than through intermediaries — especially financial support that’s more flexible and capacity building to strengthen the skills and capacities of women and their communities. Resources would be best used when given to people who are on the ground who know their issues and know best how to resolve them.

Invest in security and digital work

Due to the shift to online meetings and activities brought about by the COVID-19 pandemic, WGEDs need access to safe digital platforms to amplify and advocate their demands in national, regional and international (digital) spaces. Additional support includes digital trainings, internet connection, hardware, digital accessibility, translation, technical capacity, and digital security infrastructure. Support for overall security emerged as a key need and encompasses safe means of travel (including own transport), safe spaces, and training.