The Women from Marina Cué: resistance and empowerment in Paraguay 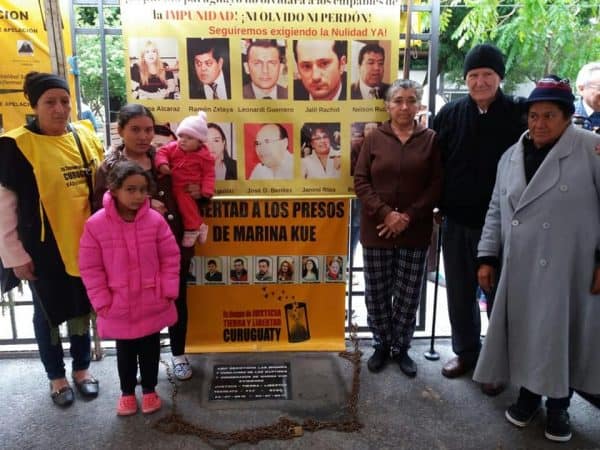 The women from Marina Cué are an example of resistance. Through their advocacy efforts, they were able to push for the release of their comrades incarcerated for the Curuguaty massacre. They carried out the construction of a pluri-grade school and a road, and organized a community garden, among other productive activities in the Marina Cué settlement.

Six years ago the lives of the families settled in Marina Cué -a piece of land in the city of Curuguaty, Paraguay- drastically changed. A violent Police eviction ended with the deaths of 17 people; 11 farm workers and six police agents. Since then, this crisis has been known as the Curuguaty Massacre. 11 men and women were sent to trial and convicted for different accounts, some even for 30 years. This case ignited the political trial that led to the impeachment of former President Fernando Lugo.

After the violent events, the “Women’s Commission of Victims of the Curuguaty Massacre” (“Mujeres de la Comisión de Víctimas de la Masacre de Curuguaty” in Spanish) was born. Through this commission, the women from the community have been fighting not only for the freedom of the men and women that were convicted for the deaths of the police agents, but also for the economic survival and development of their community, whilst still working towards their main goal: ensuring the land of Marina Cué for the women and men farmers from that area.

All the women and men jailed were pardoned in July of this year, thanks to the advocacy strategies and arrangements led by the Commission. Nevertheless, until this day, nobody has been tried for the deaths of the 11 farmers.

THE RESISTANCE TENT, A METHOD OF FIGHT

Between 2016 and 2018, the members of the Comission and their families stayed in a tent outside the Palace of Justice in Asunción, to demand the acquittal of those women and men convicted after the massacre. This form of protest started when the women and men farmers were sentenced as the perpetrators of the massacre.

“The tent was set up as a peaceful action of resistance by the families of the prisoners of the Curuguaty massacre. It stood just in front of the judiciary branch to convey a concrete message and a daily reminder to the judiciary officials of the unjust verdict that the farmers had received. It was a cry for help to the Paraguayan society and a denunciation to the world for the criminalization that their families had been victims of, and those whom were brave and raised their voices”, said Raquel Aveiro, Coordinator in Paraguay of the Fondo de Mujeres del Sur, the organization that has supported the Marina Cué women with technical and financial assistance.

The “Tent of Resistance” came down on July 28th of 2018, when the criminal court of the Justice Supreme Court pardoned the unionized men and women alleging deficiencies in the investigative procedure.

“Here are the mothers and families of the martyrs and those condemned of Marina Cué resisting. Demanding justice, freedom and land”, from a sign where the tent used to be, reported by Paraguayan media.

Josefa Acosta, member of the community, says the Commission “got stronger when we started the Tent of Resistance because men and women got together there, but mostly women: mothers or wives of the victims”.

Five of the farmers that had been sentenced to jail remained in the Tacumbú prison, in Asunción, until July 2018, when they were absolved. In 2012, the men and women prisoners began a hunger strike that was kept for 58 days.

“The tent was a symbolic gesture and a political resistance against authoritarianism, the criminalization of campesinos and campesinas, the injustice and the visibility of the pressing land dispute in Paraguay. The Tent of Resistance allowed men and women farmers to maintain a visible space for their demands, as many times silence was the response by traditional media in Paraguay”, says Raquel Aveiro.

HOW DID THE COMMISSION ORIGINATE?

The Commission was born with the goal of making several demands to the Paraguayan government: freedom for the women and men imprisoned and convicted for the deaths of the police agents; punishment for the deaths of the farm workers; compensation for damages to the victims; and access to land in Marina Cué for the community.

“We were lucky to be able to organize ourselves well”, says Martina Paredes, one of the members of the Comission. “Now we grow green vegetables, corn, beans”, says in reference to the activities carried out mostly by women thanks to various financial and technical supports they have received.

Josefa Acosta, another member of the Commission, agrees: “We have fought with resistance, not only for the freedom of the prisoners, but also for a life of dignity for our children”.

THE ORGANIZATION EMPOWERS THEM

“It is amazing what women can accomplish when they organize”, says Raquel Aveiro, Coordinator in Paraguay for the Fondo de Mujeres del Sur, when analyzing the achievements of the organized women in the Commission. 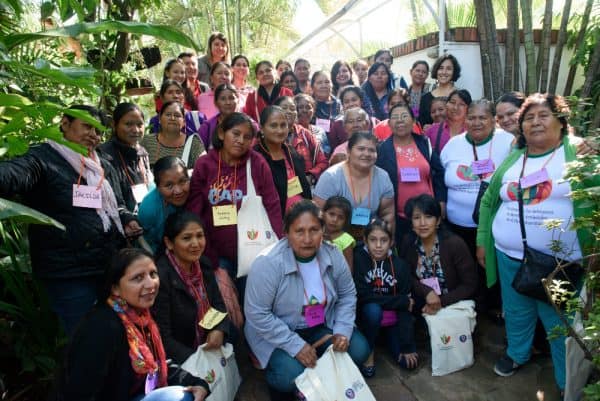 “We began to work with them to strengthen their organization so they could develop techniques for their sustainability. For example, formulating projects and gaining access to other funds and organizations. To help them search for financial resources for the needs they identified along the way”, Aveiro explains.

“It is marvelous what they have achieved. In the Commission there are 45 women, they were the ones that took on the organization and management of the resources of the community, defending land and food sovereignty, in addition to continuing the fight for justice on the arbitrary imprisonment cases after the massacre”, adds Aveiro.

“For us, it is very satisfying what we could accomplish in Curuguaty”, Aveiro assesses.

Through the support of other organizations, in Marina Cué they are able to grow the food they consume and sell any excess at local fairs. In addition, through the arrangements of the Commission they have been able to establish the first pluri-grade school in Marina Cué. With the support of Fondo de Mujeres del Sur, they were able to set up a sewing workshop and the National Labor Training Service contributed with training on the use of sewing machines, which were donated.

WOMEN FIGHTING FOR THEIR RIGHTS

The empowerment of women at the organizational level in the case of Curuguaty “has been impressive”, Raquel Aveiro from Fondo de Mujeres del Sur considers. “They have gotten support from other organizations of civil society, amongst them Amnesty International”.

“Here in Paraguay there is a lot of male leadership and it is difficult to reach a better position and be empowered. For them it is very important to be able to manage their resources, which also gives them that position”, says Aveiro.

In this regard, she adds that even though the Commission doesn’t have a legal body, they have managed to “have a voice and that is very important because now women are included at the community level”.

Aveiro points out that all the cases of the Curuguaty massacre were presented before the United Nations. 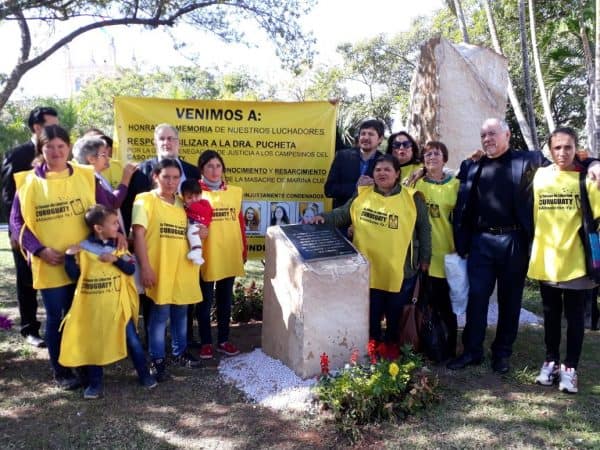 Aveiro suggests, nevertheless, that the Commission still “has to work on strengthening the organizational development and the resources to continue and consolidate their achievements”, even so “it is a clear example that when women get together, they can take advantage of the opportunity, and it is an example for other women’s organizations”.

“We were able to have an impact thanks to Fondo de Mujeres del Sur and we had partners from other organizations supporting us. We have a school, a chapel and roads, we do community work. We have a storehouse owned by the women’s association. We were lucky to be able to organize us well”, Martina Paredes insists.

Raquel Aveiro considers that efforts should continue “in supporting the strengthening of the Commission of Women in different areas” since “the community dreams with being a model community and there is a long way to go to achieve their goals”.

Today the women that were under house arrest and have been freed are returning to Marina Cué, meanwhile the men that were imprisoned have been carrying out fundraising activities to build housing and get back to the settlement.

What happened in Curuguaty? Analysis and chronology (Spanish)

Summary of the Human Rights Report on the Curuguaty Case (Spanish)