We, Women are Water 2020: Network of Community Environmentalists in El Salvador 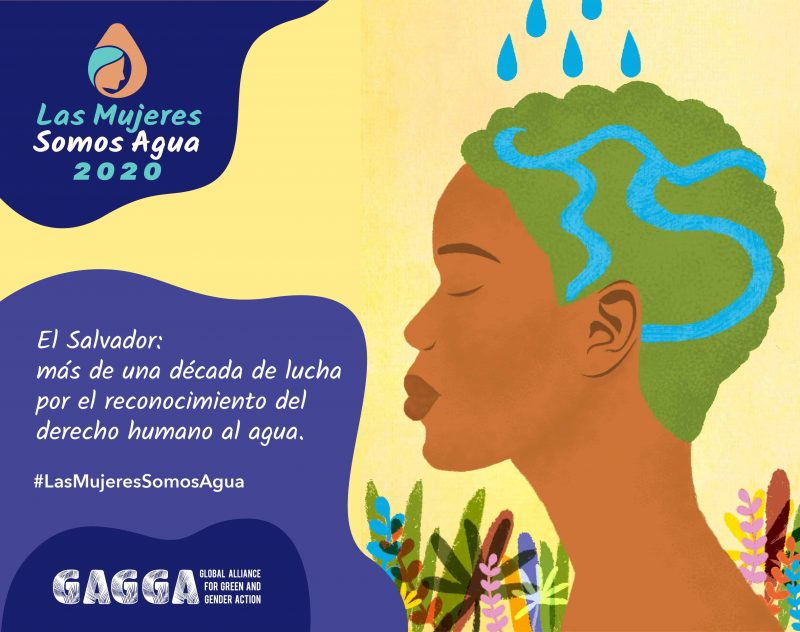 Environmentalists in El Salvador (RACDES) fight for water across the entire country. The problem of access to drinking water previously affected mainly rural areas. However, when the new government came to power last year they sacked the technicians and engineers in charge of water purification in the Las Pavas Plant, which supplies 40 percent of the drinking water to the population of San Salvador.

These decisions affected the city’s water quality. In January the water supplied to residents of San Salvador was poor quality (with a foul color, smell and taste), which triggered an urban people’s uprising with citizens organizing protests and filing public complaints. In one week they closed off four streets in protest in neighborhoods across the city including Apopa, Ilopango and La Libertad.

The population and civil society are not only worried by the lack of management capacity of the new officials in charge, but also by the 8 percent cut to the budget for operations issued by the governmental body overseeing water management. The fear is that these measures are heading towards privatizing the drinking water service.

To put this into a larger context, Salvadorans have spent over a decade fighting to get the Legislative Assembly to pass a General Water Law. The women who are members of the Network of Community Environmentalists in El Salvador and organizations that defend water are pushing for this legislation in order to guarantee the human right to water and democratic public water management in a country that is facing a grave water crisis, which is becoming more serious each day due to climate change.

Some key elements that this law should contain are:

So far, the advocacy work of the National Alliance against the Privatization of Water (of which the Network of Community Environmentalists is a part) has paid off in stopping the process towards privatization of this common good in El Salvador.