We, Women are Water 2020: The Feminist Collective in Suchitoto 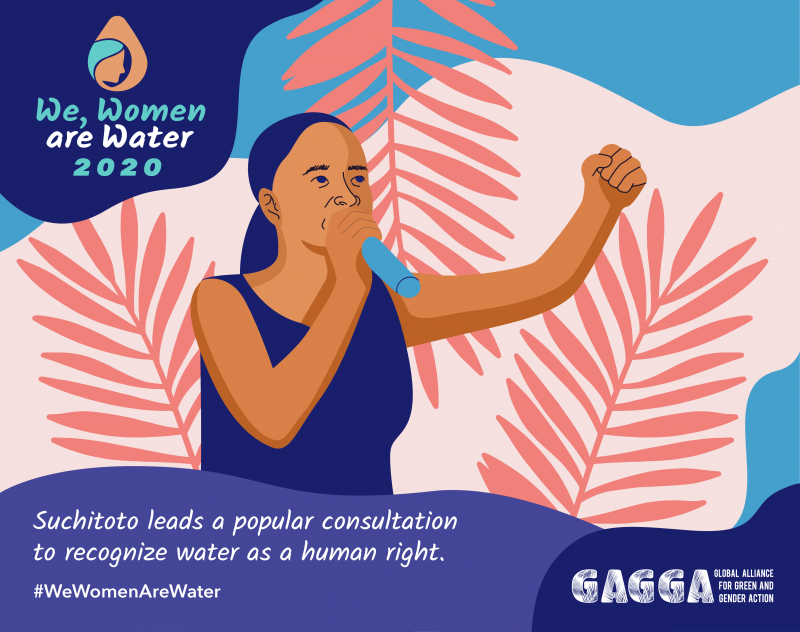 Suchitoto in El Salvador has made a landmark achievement: it is the municipality with the greatest water coverage as a result of efficient community water management. This means most of its population can access clean water.

Despite this success, water in this region is still under threat due to extractive projects and climate change. That’s why the alliance Organizaciones e Instituciones Unidas por el Agua (Organizations and Institutions United for Water — formed by various women’s and community organizations and municipal institutions) coordinates efforts to achieve water sustainability and the protection and restoration of areas crucial to replenishing underground water levels. They do this through efforts such as forestation campaigns, campaigns to raise awareness, and training for environmental protection.

The alliance is led principally by women’s organizations. Among them La Colectiva Feminista para el Desarrollo Local (The Feminist Collective for Local Development) stands out for having pushed forward two public consultation processes and for motivating the other actors to get involved in the municipality using an inclusive and equitable approach.

This approach involves recognizing women as leaders in community water management, and raising visibility of the women in decision-making roles within community organizations, within water system maintenance and repair work, and in the protection of the groundwater recharge zones. It also involves deconstructing traditional gender roles and sexist practices, which limit the role of women to tasks of care and reproduction in the private sphere.

The Suchitoto Municipal Government is the key actor that the alliance seeks to influence since it’s also involved in the changes. If the municipal government recognizes water as a natural common good, positions itself in favor of declaring water as a human right, and undertakes and engages in approving regulations across the municipality, then change will be possible. This is because the municipal government is the institution with the highest authority at the local level to ensure compliance with the regulations, and as such it would be responsible for equipping civil society organizations and the general population with the instructions for how to comply. The outcome would therefore be a shared commitment arising from a social and ecological pact that generates and promotes environmental changes at the community level.