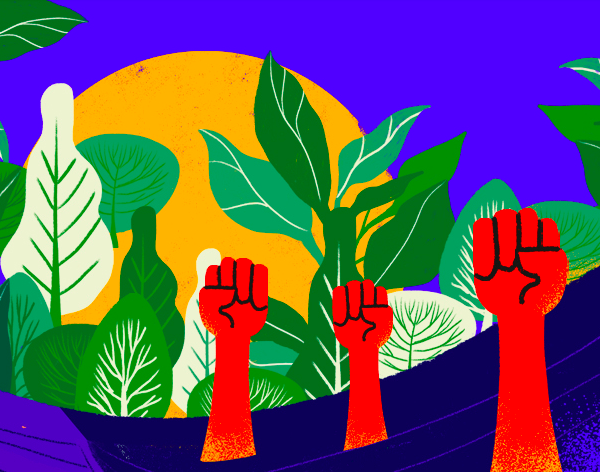 Every year for the last decade, people from across Bolivia travel to the community of Yumao in the country’s Great American Chaco for a fishing contest. Organized by the women of the Yumao community, the event has become an act of resistance and celebration of life in an area that could soon be buried under 100 meters of water due to the Rositas hydroelectric project. At each fair they organize, the women take the opportunity to present to civil society how their territory would be impacted by the dam.

For the Bolivian government, the Rositas project is a step towards transforming Bolivia into the “energy heart of Latin America.” The project would be the first of seven hydroelectric dams in the Grande River basin, and is part of the Bolivian government’s plan to lessen its dependence on fossil fuels and generate 3,000 MW for domestic use and export.

For the residents of Yumao, a rural community of 22 indigenous Guaraní families who live on the banks of the Grande River, the Rositas project means an uncertain future. According to an initial feasibility study, it would flood approximately 45,000 hectares of mostly forested area, affecting 12 communities, and more than 500 indigenous and rural families dedicated to agriculture, livestock and dairy in five municipalities.

Planned since the 1970s, the Rositas project will be constructed by the Asociación Accidental Rositas Consortium, part of the state-owned China Three Gorges Corporation, along with its subsidiary China International Water & Electric and the Bolivian construction company, Reedco S.R.L. Eighty-five percent of the project will be financed by the Chinese state-owned Export-Import Bank.

The arrival of Chinese credit and companies in Bolivia has changed the nature of public procurement. In Chinese-financed ventures, the Bolivian state accepts conditions that include contracting Chinese companies that are put in charge of both design and construction, bringing their own materials, equipment, technology and often their own labor. As a result, government oversight has shrunk and megaprojects lack transparency. Many details of the loans, contracts and technical and environmental studies are not publicly available, nor is the information provided on request, according to the environmental research group Fundacion Solon.

The communities that Rositas would affect say there has been no free, prior and informed consultation on the project, as mandated by Bolivia’s Constitution and the International Labour Organization’s (ILO) Convention 169 on indigenous people, which Bolivia has ratified. The constitution is clear on the need for consultation and prior, informed consent from the indigenous populations where a project like a dam is being considered.

Neither Bolivia’s national electricity company, Empresa Nacional de Electricidad Bolivia (ENDE), nor the government has released information on the potential impact of the project. The affected communities are no longer planting or making improvements to their properties, given the uncertainty of the future.

“As a community we feel totally hurt. It is a concern of the whole family, because from here comes the sustenance for our children. We have our improved lands, we have made investments, we have our houses … Where is that going to be? It is a very great damage that they are causing us to the Yumao community and to others,” said Ely Zárate Velásquez, the Yumao community leader.

The women of Yumao have played a leading role in the defense of their territory. They mobilized the community, informing them of the damage the dam would cause, and formed part of the Committee for the Defense of Land and Territory against the Rositas Project. The committee is made up of the 12 communities that would be affected by the dam in which women have maintained leadership positions.

In 2018, Zarate along with other representatives of the communities of Yumao and Tatarenda Nuevo, filed a lawsuit for popular action against ENDE. The Court of Guarantees ordered the ENDE company to suspend any activity related to the construction of the Rositas Dam until the hearing.

Environmentalists are also worried about the project’s impact on the Gran Chaco, the second largest forested region in Latin America after the Amazon Rainforest,  which is home to 400 endemic species of flora and 150 of fauna. This large forest area is particularly important as a global carbon sink, with the potential to sequester an estimated one billion tons of carbon annually with proper sustainable land and ecosystem management.

Forest loss due to the building of dam-related infrastructure and flooding will result in the elimination of this carbon sink, while leaving underlying vegetation to rot, releasing large amounts of methane, a powerful greenhouse gas, into the atmosphere. The Rositas dam and reservoir will ultimately result in roughly 70 million tons of CO2-equivalent emissions.

The Great Chaco is already considered a fragile ecosystem due to the limited rainfall and high temperatures, a major blow to the communities that already suffer from one of the lowest human development indices in the region. According to the United Nations Development Program, Yumao has the lowest rate of income per household in Bolivia and lacks basic needs such as food, water and sanitation. Every day, Yumao women must walk an average of six to eight daily kilometers, some even up to 15 kilometers, to collect drinking water.

The Yumao community has already been feeling the effects of climate change as rains fall later and later, and water becomes even more scarce. New climatic research from the Nature Friends Foundation projects that temperatures could increase up to 1.43 °C in the Bolivian Chaco until the year 2030, which would put additional stress on the dwindling water supply.

The Yumao are supported by Fondo Socioambiental Semilla and Fundo Casa Socioambiental, who are partners of the Global Alliance for Green and Gender Action.

GAGGA has always been deeply committed to uplifting the work of communities that are most invisible and historically excluded. Recently, … 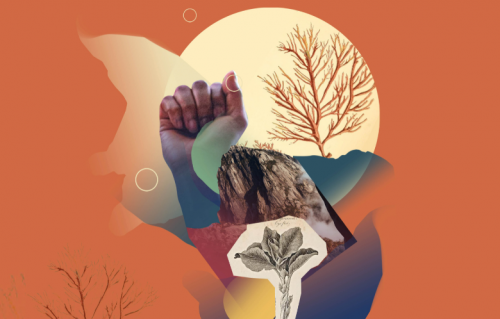 For some time now, GAGGA and our network have been emphasizing how the climate and environmental crises require feminist solutions.…