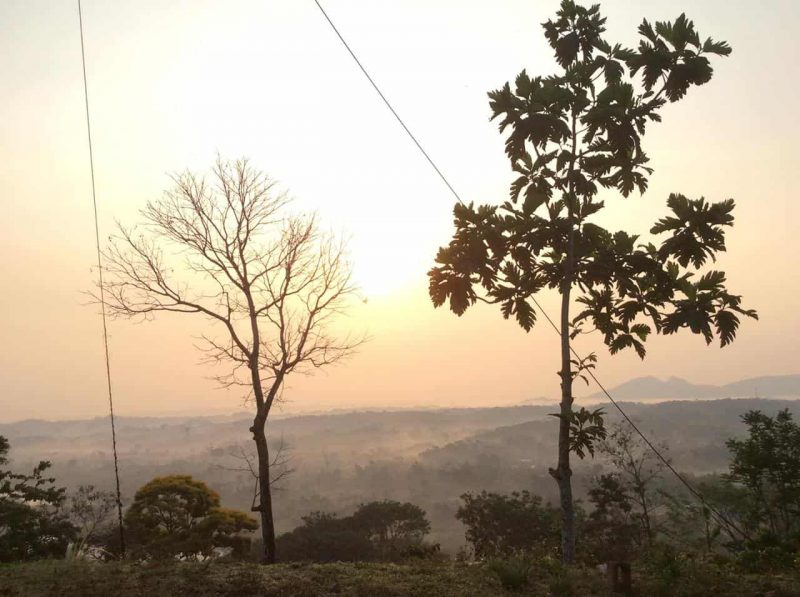 After a complaint filed by women’s groups from Ixquisis, Guatemala, the Interamerican Development Bank (IDB) has started an investigation on several policy violations, amongst which the Gender Equality policy. This is a unique chance to create a precedent, because complaints on the IDB’s gender policy are very rare. The women from Ixquisis are fighting for their rights with support of the Global Alliance for Green and Gender Action (GAGGA).

The women accuse the IDB of non-compliance with both its Environmental and Social Sustainability Policy and three Operational Policies (on Environment and Safeguards Compliance, on Gender Equality in Development and on Indigenous People) in the approval process for several hydropower projects in their region: the Pojom I, Pojom II and San Andrés dams.

The affected people of the region of Ixquisis are primarily indigenous Mayans including the Chu, Q’anjob’al and Akateko ethnic groups. The construction of the dams has caused severe environmental and social damage, which have affected local people’s ability to maintain their traditional lifestyle.

According to the women of Ixquisis, the most severe problem is that the dams have caused water scarcity and pollution. The lack of water has also drastically reduced harvests, lessening the income gained from selling corn, wheat, beans, coffee, sugar cane and other products in the market. Fish, shrimps and snails are no longer abundant. As a result, the conditions of poverty in the area have deepened.

It’s the women in the communities that are most negatively affected by the construction of the Pojom II and San Andrés dams. Stomach and skin diseases become more common, especially amongst women, who stand in the polluted water when washing clothes, and children who play in the rivers. This puts even more pressure on the women in the indigenous communities, as they are the ones feeding their families and taking care of ill community members.

The women also feel no longer safe within their own communities. They are afraid to walk alone in the dark, as they are being harassed by the dams’ construction workers, and fear revenge. Because the women are at the frontline of the protests against the dams.

Nine affected Mayan communities and allied organizations have been protesting the dams for six years. They have made various efforts before the municipal, departmental and national authorities to express their disagreement over the diversion of the rivers by the company that operates the dams.

From local to global: using international spaces for local matters

However, in Guatemala there is little space for civil society to make their voices heard and influence the government’s decision-making. Furthermore, it is very dangerous to be an environmental defender in Guatemala. In fact, in 2018 people murdered for defending their territory and the environment has increased fivefold¹. Therefore, the NGO AIDA stepped in to take the women’s fight against the dams to the international level. AIDA has been supporting the communities to strengthen the capacity of women and community-based organizations to use accountability mechanisms at international financial institutions to protect their rights and environment, through training and legal support.

In August 2018, the communities represented by AIDA, together with the International Platform Against Impunity and the Plurinational Ancestral Government of Q’anjob’al, Popti, Chuj and Akateko, filed a complaint before IDB’s Independent Consultation and Investigation Mechanism (MICI, “Mecanismo Independiente de Consulta e Investigación”) to demand the withdrawal of its investment in the project.

The MICI has accepted the complaint after consistent advocacy and information by AIDA and the affected communities, and is now doing a thorough investigation, including a visit to Guatemala at the end of 2019.

How one complaint can eventually lead to policy change

Although the final report will only be published by mid-2020, the fact that this investigation is taking place is already a success. The violation of gender safeguards has not been discussed much at MICI, as very few claims have been brought forward. This presents an opportunity to set a precedent by bringing the issue to its attention, along with violations of the other safeguards. AIDA expects the MICI’s findings to align with their complaint, and that the MICI will recommend the IDB to better regulate its projects and comply with its own social, gender and environmental policies. Better implementation of these policies would strengthen protections for affected communities, especially for women, and improve environmental and social sustainability of the IDB’s investments.

For the women of Ixquisis, however, what counts is that until now, the Pojom II hydropower project has not yet been built. “So far we’ve achieved that the river is not stolen from us”, as Carla, a local woman states.

An important part of GAGGA is the idea of “Linking and Learning” amongst partners. By providing local groups the opportunity to exchange experiences and knowledge with others, they strengthen their advocacy capacities and feel stronger by the international solidarity and support.

For the women from Ixquisis, AIDA has been able to broaden their network in and beyond their region. For example, they participated in the Women and Water congress in Nepal, linked up with other women´s groups in Guatemala and met other Human Rights Defenders in Colombia earlier this year.

Furthermore, this complaint process also has increased AIDA’s knowledge on gender issues in large infrastructure projects. They will incorporate a stronger gender perspective in their future environmental and human rights work, and share their experiences with other organizations, regionally and globally. For this, they are working on a report in which they evaluate the effectiveness of the accountability mechanism of the IDB. This report will be a useful resource for the whole GAGGA-network and beyond.

¹Global Witness, Spotlight on Criminalisation of Land and Environmental Defenders, 30/07/2019, accessible on: https://www.globalwitness.org/en/press-releases/spotlight-criminalisation-land-and-environmental-defenders/