We, Women are Water 2020: We the Challapata women resist, defending our water 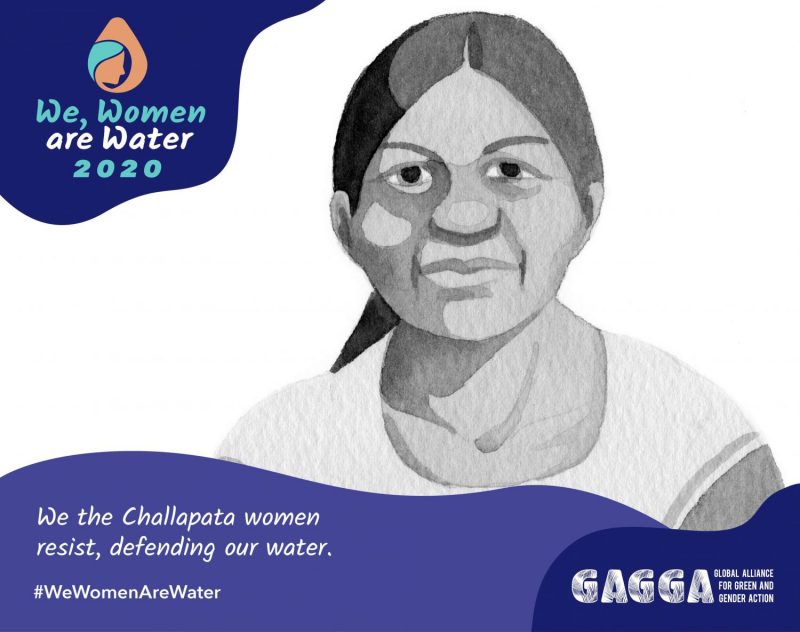 In the municipality of Challapata in the Avaroa Province of the Oruro region, Bolivia, is the Tacagua freshwater dam, which is the beating heart of agricultural activity in the area, feeding more than 2,000 families. Immediately next to the dam sits Achachucani Hill, which has long been coveted by transnational companies for the rich gold deposits it contains.

For over 26 years, the women of the surrounding communities have been driving forward resistance and mobilization efforts to stop mining companies from advancing. To this day, this case can be considered a success of the environmental justice movement, in which women in particular continue to resist, claiming and asserting their vocation for livestock and agriculture.

Recently the company “El Buen Samaritano” (meaning “The Good Samaritan”) has been trying to reactivate a process of consultation to open the possibility of mining exploration and exploitation. This initiative has been rejected by the users of the Tacagua irrigation system, municipal authorities, indigenous authorities, as well as the inhabitants of the area in general.

The women defenders of Challapata, who are also leaders in decision-making and the management of the community irrigation system, have warned about the negative impacts that a mining operation would have in the area. They have an ongoing, pressing concern that mining would affect access to quality water, health and food sovereignty for people in the area.

The women defenders seek to influence the Administrative Jurisdictional Mining Authority (AJAM), the Ministry of Mining, the Ministry of the Environment and the Secretary of Environment of the Oruro regional government to reject the consultation process for mining exploration and possible exploitation. They are requesting these authorities not to allow the project to go ahead, given the serious environmental and social damage that it would cause.

The Challapata women organizers assert that there is no need for another consultation on an issue which the community has consistently and firmly rejected for almost three decades.  They reiterate that the goal is to avoid the introduction of mining to ensure their lands and water remain free from contamination, as well as showing the rest of the country how Challapata has resisted, claiming and asserting its traditional,  highly productive way of life and work.