Envirocare has been working over the past 10 years with the local government, development partners and local community leaders in Kilindi district in the Tanga region in northern Tanzania to bring lasting changes. This district has been severely affected by a method of farming that burns natural forests for farmland and hunting, rendering them useless.This has led to a loss of biodiversity, pollution of water bodies and land, over-exploitation of nature, increase of human and plant diseases, drying of rivers and springs, and change of rainfall patterns which all resulted in growing poverty in an already poor area.

This has also coincided with an increase in human rights abuses of women and girls. Domestic violence and school dropout rates are higher as women and girls are forced to walk further and for many hours for firewood, water and other products such as mushrooms, medicine plants and honey that were previously found in the destroyed forests.

Some of the recent work of Envirocare in Kilindi has been made possible by grant funding through Global Greengrants Fund from the Global Alliance for Green and Gender Action (GAGGA). To read more about Envirocare´s work, through the stories of the women in Kilindi, click here. 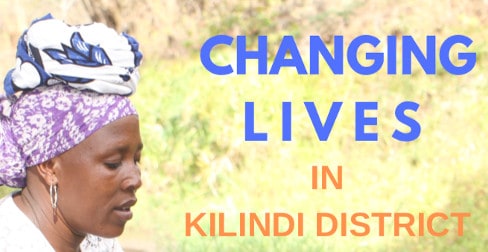