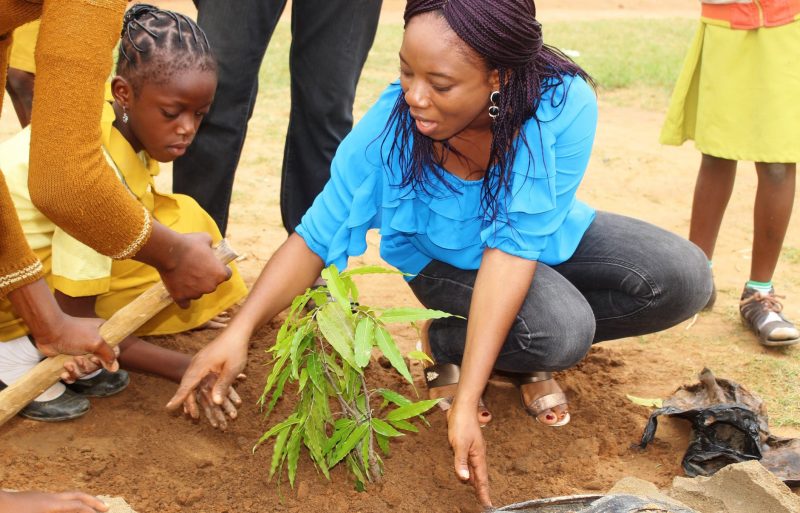 In August, Nigeria became one of the few countries in Africa to approve a gender action plan since one was first adopted by the United Nations Framework Convention on Climate Change (UNFCCC) in 2017. Nigeria’s National Action Plan on Gender and Climate Change is a roadmap for the government and private sector to integrate citizens’ knowledge, experience, needs and concerns in national climate change initiatives.

The Women Environmental Programme (WEP) collaborated with Nigeria’s Federal Ministry of Environment to develop the plan and, with the support of GAGGA alliance member Both ENDS, ensure it was in line with UNFCCC’s global Gender Action Plan. This process incorporated inputs from stakeholders in Nigeria’s six geopolitical zones, including government, women, youth, people with disabilities and the elderly.

The action plan focuses on five focal areas including agriculture, forestry and land use; food security and health; and water and sanitation. Its implementation will be overseen by a wide range of actors including civil society organizations focusing on women and youth, and among other goals, aims to enhance local communities’ participation in forestry and agriculture programs, ensure women’s rights to land ownership, and mobilize women’s groups to establish nurseries and plant trees.

Effects of climate change in Nigeria

WEP is an organization that raises awareness of the gendered impacts of climate change in rural Nigeria and supports women to politically and economically address environmental issues that affect their lives. According to the African Development Bank, women make up 70 percent of Nigeria’s agricultural workforce.

In a country where agriculture is largely dependent on rain, rainfall patterns are changing. Prolonged droughts have affected the north, an already dry region, driving dust storms and desertification. Lake Chad in the northeast, one of the world’s largest lakes, has shrunk by 90% since the 1960s. In the south, climate change is affecting the timing, predictability and duration of monsoon rainfall. Individual rainstorms are becoming more intense, leading to an increase in extreme flooding across large parts of the country.

These effects of climate change have made hectares upon hectares of land unproductive and have caused a decline in yields, while also drying up rivers. When their crops are impacted by erratic rainfall, farmers sometimes turn to mining for an alternative and higher income.

The Agrotech Youth Africa (AYA) Foundation supports women and children from the Umuoghara community who work in and live close to artisanal mines in Ebonyi State, in southeastern Nigeria. Once a significant part of Nigeria’s economy, mining was abandoned by the government when oil was discovered in the 1960s, leaving small-scale miners to carry out illegal mining operations which continue unregulated up to today. The lack of government oversight has made the environmental impacts of artisanal mining as bad or worse than those of large-scale mines; Mining-induced land degradation, deforestation, biodiversity loss and water pollution threaten the resilience and adaptive capacity of ecosystems and communities to withstand climate-related natural disasters.

Queen Israel, CEO of AYA Foundation, said the women and children from Umuoghara work as laborers alongside men without personal protective gear, using their bare hands to carry lead, breathing in lead particles and returning home to their families with lead dust on their clothing. In an area which already faces water scarcity, a series of studies have also discovered high levels of heavy metal contamination in Ebonyi’s water, soil and plants, causing damage to communities’ health and destroying agricultural land.

The Nigerian Cable Newspaper Journalism Foundation reported that artisanal miners, who often lack necessary mining expertise, excavated land and abandoned at least 72 mine pits around several communities in Ebonyi. These pits have yet to be filled up years after mining activity has ended and have led to people drowning when they attempted to fetch water collected in the pit after rainy season. According to Queen, women now have to travel longer distances to get water, exposing them to higher risks of rape.

AYA Foundation had provided inputs to the National Action Plan on Gender and Climate Change and participated in a training WEP organized on environmental advocacy. WEP invited women’s rights organizations across Nigeria to build their capacity on demanding environmental justice for women in their respective communities, and to support the local implementation of the national action plan.

The women learned how different organizations in Nigeria are addressing the impacts of climate change and how to monitor their own local governments’ actions. The participants then focused on the environmental issues in their regions like mining, deforestation and gas flaring, and identified how they’re affecting women. Based on these conversations, they developed their own action plans to engage community leaders on addressing climate change impacts.

Leading local advocacy and the challenges ahead

When the participants returned to their communities, many of them shared their learnings with local women and started implementing their action plans. The AYA Foundation started requesting their traditional leaders to look into the impacts of mining on women and increase access to clean drinking water. The Global Initiative for Nature Improvement, another organization that attended WEP’s training, invited women’s groups, traditional leaders and local government to attend their own training on mainstreaming gender in projects such as establishing nurseries and building biogas cook stoves.

However, the challenges that civil society faces moving forward are funding, coordination and the recent #ENDSARS protests. Since early October 2020, peaceful protests that initially started over police brutality have morphed into increasingly violent mass calls for police reform and an end to bad governance, impacting cities across Nigeria. AYA Foundation planned to train the women of Umuoghara on agroforestry and how to grow tree seedlings, but have had to put all their activities on hold due to the protests and limited funding.

WEP said the activities proposed in the National Action Plan on Gender and Climate Change require funding from different ministries, and the oil price collapse driven by the  global response to COVID-19 could push Nigeria into its worst recession in 40 years, making sufficient funding for the plan very unlikely. WEP also said agencies will need guidance to coordinate and incorporate these activities into their programs and implement them, but if there is enough commitment and resources from the Federal Ministry of Environment, they can bring the relevant ministries and agencies together.

WEP and the Federal Ministry of Environment plan to formally launch the plan through a virtual press conference this month, and will hold a national online conference in December 2020 for stakeholders to familiarize themselves with the plan and commit to adopt it in their individual states.

Above featured image is from WEP Nigeria.