Toward a COP that advances gender and climate justice 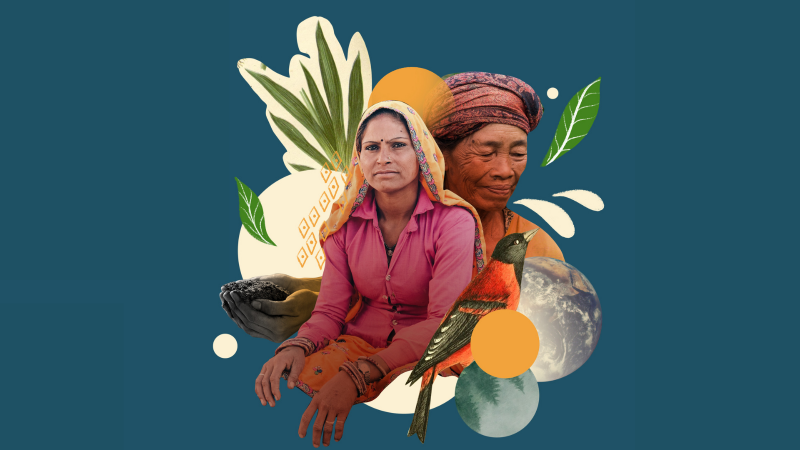 Leaders from more than 190 countries, international organizations, members of civil society, and activists are now meeting in Glasgow, Scotland, for the 26th UN Climate Change Conference of the Parties (COP26).

They’re gathering as the world is just beginning to comprehend the severity with which the pandemic has hit national economies and how particularly devastating it has been for countries and social groups that were already vulnerable, such as women and girls. As stated in a recent U.N. policy brief on the impact of COVID-19 on women, “across every sphere, from health to the economy, security to social protection, the impacts of COVID-19 are exacerbated for women and girls simply by virtue of their gender.”

Like the pandemic, the climate crisis is exposing and further amplifying gender and social inequalities. Climate change is no longer a problem for the future; women and girls around the world are facing its most perilous consequences right now, and it is only going to get worse. That’s why the decisions governments make at COP26 are crucial for the future of the planet. The Intergovernmental Panel on Climate Change (IPCC) has already pointed out that “many changes due to past and future greenhouse gas emissions are irreversible” and that our situation is grim given that we are close to a possible point of no return.

The context that frames COP26 requires all states to earnestly commit to gender-just climate action that counteracts the historical inequities that have caused the social, environmental, and gendered impacts we are experiencing. For this reason, it is imperative to make progress on at least the following three fronts.

The way energy has been historically produced has had serious impacts on the rights of women and girls who inhabit the places where these processes occur. The extraction of gas, coal, and oil, and the development of false climate solutions such as big hydropower dams have seriously impacted the environment and society, made women’s living conditions more precarious, and increased their unpaid workload while giving rise to newer and starker forms of violence.

A transition to lower-carbon sources of energy must not only focus on a change in raw materials; the methods by which energy is produced must also factor in gender justice, promote the participation of women in decision-making processes, generate well-being, and guarantee the rights of the communities where these processes take place.

As of 2015, 145 countries had enacted policies and legal frameworks to regulate and promote renewable energy, but the large majority of these failed to incorporate a gender perspective. For states to ensure a just energy transition, it is critical they support community-based models of energy production, distribution and consumption that center women’s rights and voices. In Central America, there are several such examples where communities organized around the construction of small dams or turbines that produce local energy without the negative environmental and social impacts of large dams.

At COP15 twelve years ago in Copenhagen, wealthy nations promised to channel US$100 billion a year to less wealthy nations by 2020, to help them adapt to climate change and mitigate further rises in temperature. This target was missed.

To support just mitigation and adaptation efforts, wealthy nations must not only deliver on this pledge, but this climate funding must also reach those whose need is greatest: countries, sectors [of society], and peoples most affected by climate change. Resource management guidelines must center women’s voices, perspectives and knowledge. Funding must respect human rights standards, particularly when it comes to local communities and women, and there must be an effective accountability system that ensures that funds are used responsibly and in a way that respects the rights of women, Indigenous peoples, rural communities, and human beings in general.

Strengthen measures to counter loss and damage in the Global South

In addition to mitigation and adaptation, Article 8 of the Paris Agreement establishes loss and damage — such as sea level rise, extreme weather events, economic damage to livelihoods and displacement — caused by human-induced climate change as the third pillar of climate action. This pillar has been pushed primarily by vulnerable countries and social movements around the world that demand that loss and damage be integrated effectively in the international climate agenda as part of a just and systematic response to climate change.

Nations, communities, and groups in vulnerable situations (especially women) are already suffering climate change’s most negative effects, although they are the least responsible for the climate crisis. For example, Indigenous Mayan women of Mexico’s Yucatan Peninsula have seen their crops destroyed and livelihoods negatively impacted due to increasingly severe hurricane seasons. Mitigation and adaptation actions are no longer possible in scenarios where loss and damage have already occurred. These scenarios demand effective responses from the world’s biggest polluters, rooted in historical responsibility and justice.

Despite the evidence of damage, and the unjust contexts in which it occurs, previous climate negotiations have made little progress when it comes to strengthening this pillar and promoting a framework that allows for solid financial commitments. The Adoption of the Paris Agreement clearly states that it “does not involve or provide a basis for any liability or compensation.” It is urgent that the decision-makers at COP26 agree on concrete steps forward to finance the loss and damage women and their communities already experience.

There is a way forward for mitigating the worst impacts of the climate crisis, but only if world leaders urgently: prioritize women’s rights and voices in their energy transition; mobilize funding to local women-led climate proposals and solutions; and make up for the loss and damage vulnerable communities experience from human-induced climate change. The solutions are already there; we just need to act now.

Liliana Ávila is the Senior Attorney of the Human Rights and Environment Program at the Interamerican Association for Environmental Defense (AIDA), a partner of the Global Alliance for Green and Gender Action (GAGGA). AIDA uses the law to protect the environment and communities suffering from environmental harm throughout Latin America by disseminating knowledge, crafting winning legal arguments, strengthening policies and legislation, and creating model strategies for communities to enforce the law.

Above design is by Naandeyeah.